Now that most of my (former )painting service back-log has been finished and posted out to customers I've been able to squeeze in an hour or two of painting my own miniatures. My old Imperial Guard army has been languishing since 5th edition and is due a revamp. Thing is, I'm completely uninspired by my old collection of guard infantry and feel the need for a complete re-start. At least where the human infantry elements are concerned.

Most of my existing collection is going to be consigned to continuing oblivion while I resurrect one of my first 40K armies from back in 1988: the 8th Necromundan regiment. The very same regiment that graced the front of the first ever plastic IG box 27 years ago.

I'm not going to go with the classic paint scheme entirely however. I've long since gone off the tiger stripe camo and metal helmets. However, Ill still be using a predominantly grey and black colour scheme, but with black helmets and webbing.

I think one of the reasons I've "gone off" my current Guard army is their look. Although heavily converted with third party heads and the like, I've never liked the basic look of the Cadian models they're based on. I far preferred the look of the old Cadian metals. Fortunately, Victoria miniatures has come to the rescue with their "Arcadian" range. While clearly inspired by the old metal Cadians, there are clear influences from the 1988 box set as well, including the look of the lasguns (by the way I love that the name "Arcadian" harkens back to the old days of 40K lore as well). 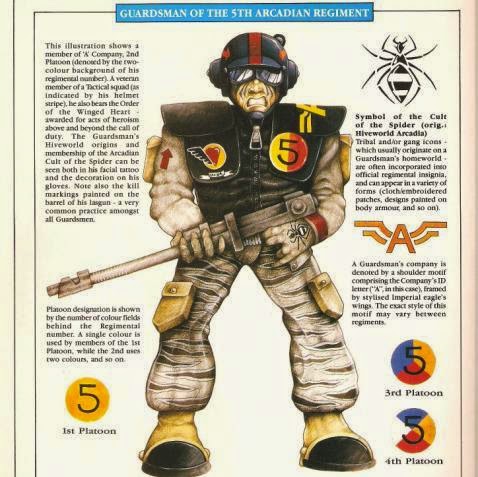 The "Arcadian" miniatures themselves are lovely sculpts, and I've already ordered a couple of veteran squads and a CCS from the company. Combined with a few of my older GW miniatures and my soon to be repainted collection of vehicles, they'll hopefully make a fine start to my newest 40K army.

Chaos of the Warp Pod-Cast

Co-Hosted by Brian from Lead Legion 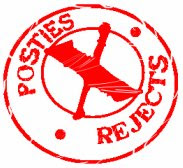